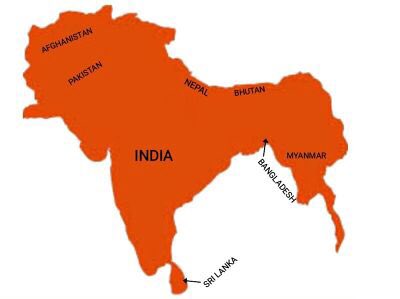 Everyone has their own definition of Rashtrawad, for some people only service to others is rashtrawad , for some the work of army personnel. Some think that education or politics is the best way for rashtrawad. But what exactly is Rashtrawad ?

By the way, ‘Rashtrawad’ in Hindi or ‘Nationalism’ in English is just an ideology, which binds people together through a ritual. It is separate from the field of karma, but coordinates the basis of all karma and gives direction.

In the same way, if the consciousness of nationalism is not there in the society, then the country or society will not be able to move ahead with the integrated plan, whose loss will affect the human beings in every part of that society and the country will become ill, which has been there for the last many years. Has been too.

At present, the purpose of promoting the idea of ​​nationalism is only to awaken that sleeping advanced cultural consciousness in every Indian, so that the overall upliftment of India can be done, and all with one mantra and unity, can move towards one direction.

Nationalism helps in cultural revival, in preserving and promoting traditional cultures.
It encourages pride in national achievements, inspires patriotism and closely connects people to the honor of the motherland.

It has always been history, that whenever the national spirit has decreased in the people of the country, then the feeling of greed and selfishness is high in the people of that country and they have become either economic or colonial slaves of the other country.

A country like America itself, has been able to move forward only with the nationalist thinking of ‘America First’, whatever American may do with other countries, but for them their nation is first for them, they themselves believe that, A country which has no real identity of its own cannot be a country at all.

A good nationalist spirit helps in making oneself socially capable. Perhaps this is the reason why all the countries of the world call ‘Citizenship certificate’ in the name of ‘Nationality’.

Therefore, never hesitate to call yourself a ‘Rashtrawadi’, so that the anti-Indian people themselves will understand that you are a ‘Bhakt’ of the country (Patriot), then they will start giving proof of their own ‘Indian Nationality’.

Just like these antipodal people call themselves ‘Hindustani’, but don’t know the meaning of ‘Hindu’ contained in it, and create confusion by mixing with ‘Sanatan Dharma’ and give it a religious colour.